Romantic comedies never go out of style. The misunderstandings, bold ploys gone wrong, and sweet resolutions cannot fail to brighten a dreary winter day. Whether you’re in the mood for a classic or a charming story from recent years, this list promises to deliver heartwarming good times. 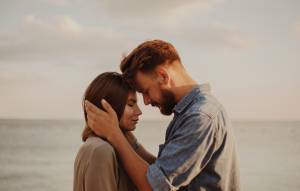 Gregory Peck and Audrey Hepburn sparkle in this 1953 classic. Hepburn’s portrayal of young Princess Ann made her a star. She encounters the American reporter Joe Bradley, played by Peck, when she sneaks away from her royal duties in Rome. He rescues her off the streets when she’s intoxicated and lets her sleep at his humble little apartment.

Jumping all the way back to 1938, this romantic comedy earns extra points for creativity. Cary Grant plays a zoology professor angling for a large donation for the museum. The fun includes a dog burying a dinosaur bone, a real leopard, and jailbreaks until the professor, at last, connects with his love as played by Katherine Hepburn.

You’ll get a double wedding at the end of this 1955 musical. Marlon Brando, Jean Simmons, Frank Sinatra, and Vivian Blaine form the dazzling cast. Set during the Great Depression, the story leverages the power of opposites by mingling a singer, crap game manager, holy rolling missionary, and a hopeless gambler.

Singin’ in the Rain

Bright costumes and lots of singing and dancing embody the glitz of Hollywood in this 1952 classic. Gene Kelly plays the world-weary leading man who falls under the spell of Debbie Reynolds, a young chorus girl.

This romantic musical got people tapping their toes in 2016. Its song-and-dance numbers riveted audiences and scooped up multiple Oscar awards. Ryan Gosling and Emma Stone star as a pianist and actress struggling in menial jobs and shabby gigs as they pursue their Hollywood dreams and fall in love.

Warming hearts since its release in 1998, this film starring Adam Sandler and Drew Barrymore proves that you can find love on the job. Robbie Hart, played by Sandler, earns his living singing at weddings. Julia, who works as a server at banquet halls, melts his heart, but she’s engaged to an unpleasant man who treats her badly.

This Canadian-American production from 2002 distinguishes itself as the romantic comedy with the highest gross box office earnings. The hilarious screenplay views romance from the point of view of two families from different backgrounds preparing for the marriage of a son a