What you should know about Alzheimer’s Disease? 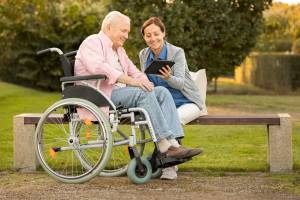 January is Alzheimer’s Awareness Month, and health care advocates across the province are seeking to provide education and support to those living with the disease. Approximately 564,000 Canadians are currently living with some form of dementia, making it important for caregivers and neighbours to build accessible, inclusive communities. Here’s what you need to know about Alzheimer’s – and what you can do to get involved.

What is Alzheimer’s Disease?

Discovered by Dr. Alois Alzheimer in 1906, Alzheimer’s disease is characterized by the destruction of brain cells. As the brain continues to lose tissue, cognitive ability and memory deteriorate. Contrary to popular belief, Alzheimer’s is not a normal part of aging.

What are the Risk Factors for Alzheimer’s Disease?

Research suggests that most people develop Alzheimer’s due to genetic, lifestyle, or environmental factors. The greatest risk factor for developing Alzheimer’s is age – most people with the condition are over 65.

Smoking is another risk factor for developing Alzheimer’s or other cognitive disorders. The Alzheimer’s Society of British Columbia reports that those who smoke have a 45 percent greater risk of suffering from dementia. Those with pre-existing conditions like heart disease, high blood pressure, or diabetes are also more likely to develop Alzheimer’s.

What are the Symptoms of Alzheimer’s Disease?

With 25,000 new cases of dementia diagnosed in Canada every year, it’s important to be mindful of signs of Alzheimer’s and other diseases. Here are some common Alzheimer’s disease symptoms to look for:

How Can You Help Those With Alzheimer’s Disease?

Throughout the month of January, the Alzheimer’s Society of British Columbia is hosting several events for those wishing to get involved. The society is encouraging residents to take part in its #BecomeAFriend program. Dementia Friends are committed to helping those suffering from Alzheimer’s or other cognitive diseases live fuller, healthier lives.

Together, we can all make our neighbourhoods safer spaces for those with Alzheimer’s. Get involved today by becoming a Dementia Friend, volunteering at a local senior centre, or simply educating yourself about the disease.