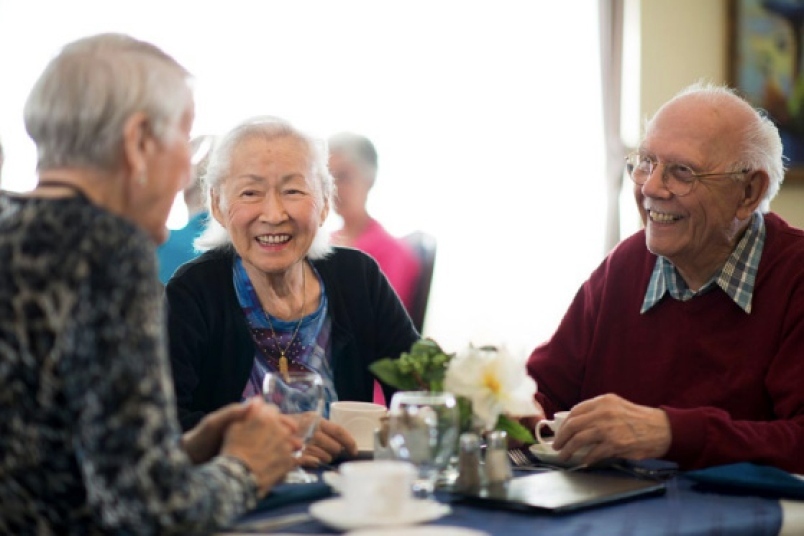 Having dementia can lead to isolation and depression in the absence of efforts to bring people together and create compassion and understanding.

To that end, a Coquitlam home care provider is starting Dementia Friendly Cafés in Coquitlam, Anmore and other cities in the Lower Mainland.

Massi Bakhshian, clinical director at Safe Care Home Support, whose father suffered from dementia, is working with local businesses and community members to find places to hold the cafés.

The gatherings are taking place in Anmore and Coquitlam in places where people can meet and learn from one another, keep active, make new friends and feel more confident, Bakhshian told The Tri-City News.

“They come together and they sit with people like them,” said Bakhshian. “They talk, nobody worries, ‘Oh my goodness, why is she talking so much?’ — just casual talk.”

Her own father was isolated, Bakhshian said, and it was challenging to take him out because of concerns about stigma against the disease.

She said she hopes the Dementia Friendly Cafés can make a difference in people’s lives while also raising awareness about dementia, which affects approximately 70,000 people in B.C., according to the Alzheimer Society of BC. The advocacy group is promoting dementia-friendly communities where people who are living with dementia can feel comfortable and safe when out in the community.

Bakhshian said the cafés are a step on that path.

One café has already been held in Coquitlam and while only two people showed up, they both had a great time, learned breathing techniques to reduce anxiety and each made a new friend, Bakhshian said.

“These people showed up and I was crying… For an hour and a half they were happy,” she said.

As well, volunteers are needed to help with the cafés, she said, and the Coquitlam and Anmore gatherings wouldn’t happen without Fred Soofi, who is providing space in his Pasta Polo restaurant, and Polly Krier, a councillor with Anmore village who helped organize the village hall space.

Bakhshian said she hopes to bring the cafés to more communities in the future.

“I want people to change how they see dementia,” Bakhshian said.